A McDonald’s employee recently filed a lawsuit alleging that she was forced to receive debit card payment of her wages— causing her to lose much of her tiny income to a big bank due to hefty debit card fees.

How the Debit Card Payment Was Abused

She had worked less than a month before she discovered that Chase charged a significant percentage of her income to access her own money. While she was earning an hourly wage of $7.25 an hour, she must pay $1.50 to withdraw money from an ATM and $5 to withdraw money using a teller. In addition, there is a75 cent fee for online bill payment and a $1 charge to check her balance.

The employee since has filed a class-action lawsuit, representing a class of hourly workers who have received their wages through debit card payment, which is estimated to be over 750 individuals. The suit is filed against the franchise owners Albert and Carol Mueller, who own not just the franchise where she worked but also at least 15 others in northeastern Pennsylvania.

Pennsylvania state law requires the Muellers to pay in “lawful money” or by check. The state’s Department of Labor has said that debit card payment can be legal, but they must obtain employee authorization first. In paying wages through debit card payment, franchise owners Albert and Carl Mueller violated the Wage Payment and Collection Act, even as it is currently written, and also that the use of the cards has allowed it to increase its profits, underpinning claims of unjust enrichment. This unfairly cut into the earnings of workers in the state.

As a result, Pennsylvania state representative Ed Neilson has plans to push legislation prohibiting employers in the state from debit card payment of wages, which would amend the state’s Wage Payment and Collection Act. Neilson believes that because we are experiencing times of economic challenge, it is imperative that employees be paid a fair day’s pay for a fair day’s work. Therefore, workers’ rights must be protected, ensuring that all earned pay is received. 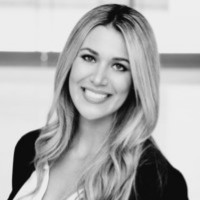